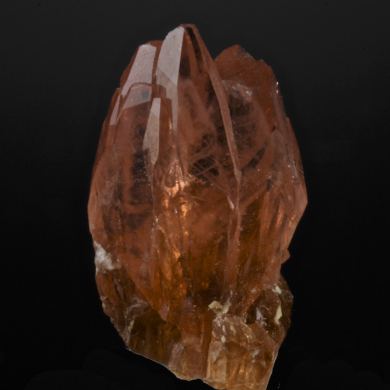 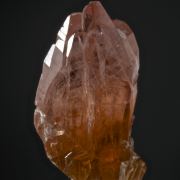 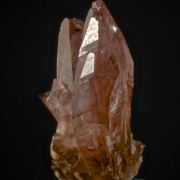 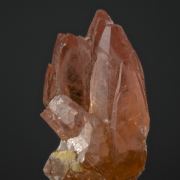 N Chwaning Mine, Kalahari Fields, Kuruman, Northern Cape Province, South Africa
17mm x 10mm x 9mm
$480
A small but brilliant red thumbnail of gemmy Rhodochrosite from the N'Chwaning Mine (South Africa). This cluster of crystals has several perfect, complete terminations but there is some cleaving as well seen from one side. Despite many efforts to find more of this quality at the mines, nothing like these has been recovered for many years. These are highly sought after and larger examples are often priced in the mid 4 to 5 figures. This is a small but bright piece at a reasonable cost.
From: Well-Arranged Molecules 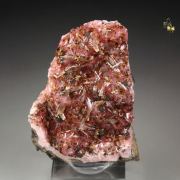 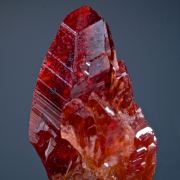 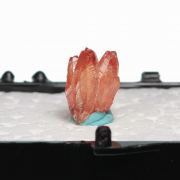 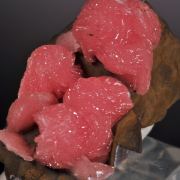 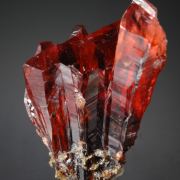 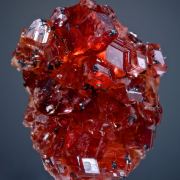 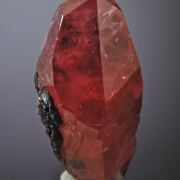 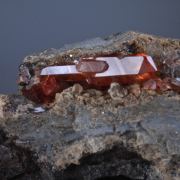 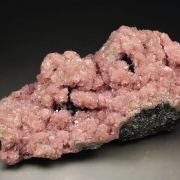 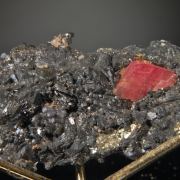 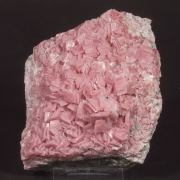 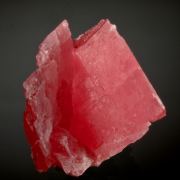 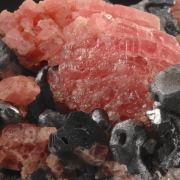 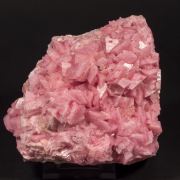 Rhodochrosite on Fluorite with Goethite
Uchucchacua Mine, Oyon Province, Lima Department, Peru
$375
63mm x 36mm x 37mm
From: Well-Arranged Molecules
* price is an approximate conversion and may not be accurate.